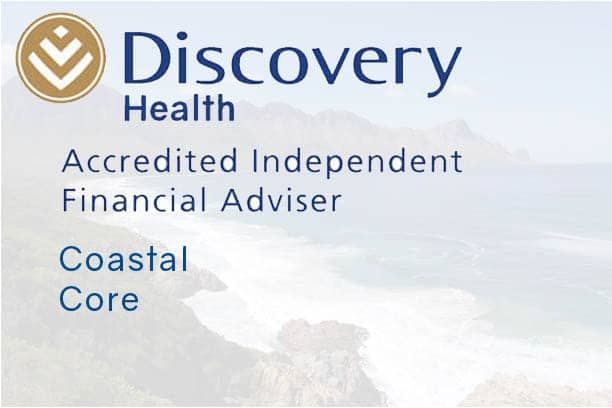 Discovery Health Coastal Core: It was long ago the contention of the actuaries charged with the responsibility of pre-estimation of costs and benefits of the various options provided by medical schemes, that the medical costs of urbanised members was more of a drain on the financial resources of schemes when compared with those in ‘the country’. Also, it was a statistical fact that members living in coastal areas were, on average, less costly than those in major ‘commercial dynamo’ regions such as Johannesburg.

The logical consequence was that slightly lower charges could be offered to persons living in coastal regions, and in terms of the Medical Schemes Act, this preferential advantage was, and still is, perfectly legal. Out of this facility was born the Discovery Health Coastal Core series of options, where the word ‘Coastal’ meant literally applicable to members living in the coastal provinces of South Africa.

Here’s what you get:

REQUEST A CALL BACK.

Would you like to speak to one of our financial advisers over the phone? Just submit your details and we’ll be in touch shortly. You can also email us if you would prefer.

???? Your Information Is Secure!