Medical Aid Mergers – Good or Bad for the Industry? 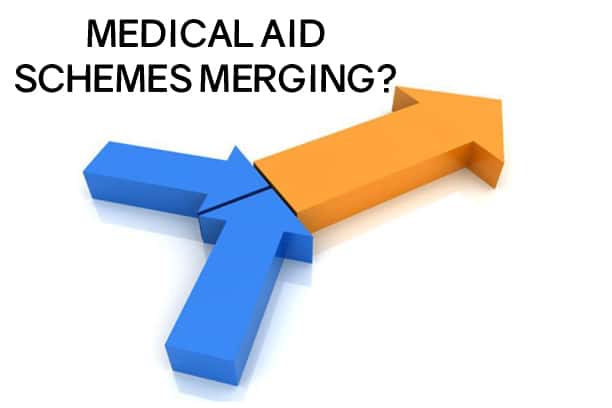 Merger between Resolution Health and NIMAS

With the recent announcement of a medical aid mergers between Resolution Health and NIMAS (National Independent Medical Aid Scheme) ‘I ask myself, is it a good thing for the industry to have schemes merging?

In 1992 there were approximately 7 million lives covered by medical aid schemes, mostly traditional in their design and offering very little incentive for members to control their medical expenses. Then along came Momentum Life with their “new generation” medical aid scheme Discovery, which actually benefited the lower claiming, healthier members.

At the same time came the emergence of the Fedsure Health Medical Scheme from the old Reef Medical Scheme, medical aid mergers/take overs that at the time was very promising, and soon began a slow exodus from traditional medical schemes to new generation medical schemes.

Other large insurers with their own medical aid divisions began to realize that this was a lucrative industry to be in, and in the mid 1990’s schemes like Tafelberg (Administrered by Davidson & Ewing, an administrator owned by Norwich Life) and Caremed (Administered by Old Mutual Health Services) began to change their product designs.

Many of these administrators were simply that, administration companies, with no real focus on the healthcare industry and one by one these have fallen to either corporate buy-outs in the case of D & E, and in the case of many others, to absolutely dismal marketing and corporate direction.

Many other schemes also failed to market themselves aggressively and the likes of Discovery Health were able to “cherry pick” healthy and younger medical aid members. Various changes in Legislation attempted to stop the meteoric growth of Discovery.

However because of their advanced systems and historic attraction to healthy and younger medical aid members, the scheme was easily able to turn the Legislative changes in their favour.

The result of all the bad administration and short term planning by many of the schemes (knee jerk reactions spring to mind), many of the once dominant schemes found themselves losing member’s to the likes of Discovery Health and the few other well run medical aid administrators.

It is clear that today the administration of schemes has to be creative and the health and leisure benefits that the medical aid schemes offer such as Vitality and Multiply attract the lives that underpin the schemes’ healthier and younger demographics crucial for survival in the ageing member profile of this country.

My belief is that medical aid mergers and acquisitions in the past have been strategic failures, resulting in unhappy members simply moving to the likes of Discovery Health. However in more recent times, mergers such as Momentum Health with firstly NMP (National Medical Plan) and then later with Ingwe have been more strategically planned and the schemes have complemented each other and provided a broader option base to satisfy member needs.

I hope that a similar result will emerge from the medical aid mergers of Resolution Health and NIMAS, because even though the schemes have suffered steady membership losses over recent years, the combined principal membership of about 42 000 will be make them approximately the 10th largest scheme and with their Zurreal health and leisure benefit programme, they are an attractive alternative to the likes of Discovery, Bonitas or Momentum.